Major Facelift for the 2021 Mini

Major Facelift for the 2021 Mini.
Major facelift for 2021 MiniMini has given its hatchback, cabriolet and all-electric models a major facelift which includes a new look, plus a number of technology updates. Prices for the 2021 range start at £16,045. The five-door version will set you back an extra £700, while the cabrio is priced from £20,705.

Most noticeable is the new, large grille at the front of the car. Strangely, the designers have decided to emphasis its size by surrounding it in a thick black hexagonal border. The result, some would say, resembles a basking shark’s open mouth. 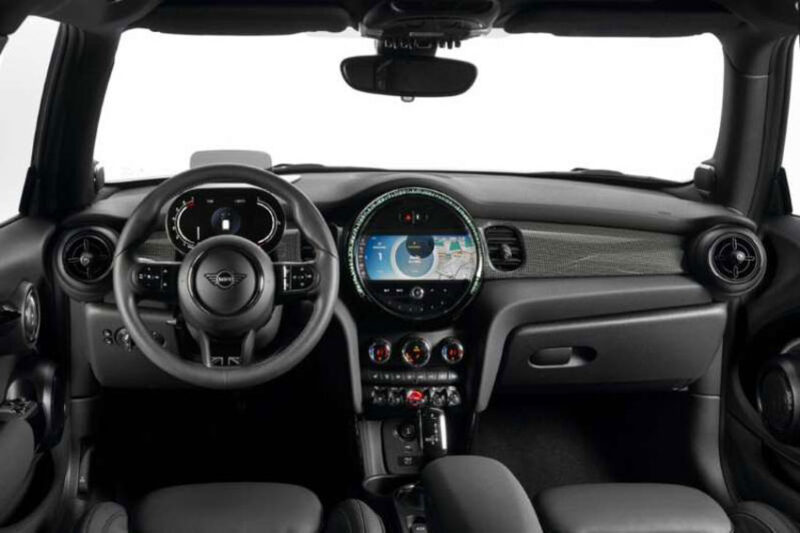 There’s also now a deep, body-coloured strip which runs across the middle of the grille. And the low-mounted foglights from the previous model have been replaced by smart-looking, aerodynamic vertical air intakes.

First impressions, certainly from from my perspective — and I suspect the impact may be colour-specific — are that the front is now very busy and congested. Hopefully the reality will look better in the metal. And from the images, the front doesn’t look as cluttered in, say the blue, as it does in the grey and yellow.

The tweaking continues with the inside of the headlights now being finished in black rather than chrome. Buyers can also now choose from three new exterior colours: Rooftop Grey, Island Blue and Zesty Yellow.

Inside the cabin there’s now a five-inch digital instrument cluster as standard across the range, as is a new sports seeing wheel. Pride of place though goes to a new 8.8-inch colour touchscreen display on the centre console. Like the outside, much of the chrome detailing has been removed, to be replaced with black trim.

For the first time on Mini, adaptive suspension is available as an option. According to Mini, the system — which constantly monitors and adjusts the car’s suspension through the use of continuous frequency-selective damping — “defines the brand’s hallmark go-kart feeling”.

The choice of powertrains remains unchanged. The entry-level One three- or five-door model retains its 101bhp turbocharged 1.5-litre three-cylinder petrol engine. Power output from the same unit rises to 134bhp for the mid-range Cooper.

The hotter Cooper S meanwhile gets a 176bhp 2.0-litre turbo engine, while the range-topping John Cooper Works delivers 228bhp from the 2.0 unit.

The Mini Electric — which remains three-door only, and starts at £27,920 for a Level 1 — retains its front-mounted 181bhp electric motor and 28.9kWh lithium ion battery pack, and still promises an official WLTP range of 145 miles. It covers 0-62mph 7.3 seconds.

Worth highlighting there is now also a new limited-edition Electric Collection. Priced from £36,420, it benefits from bespoke exterior colours, badging and interior trims, plus a no-cost panoramic sunroof option.